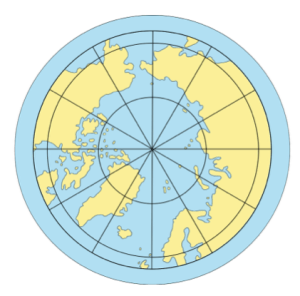 The blue halo surrounding the earth represents the sea level around the earth. Without the gravitational pull of the moon and sun there would be no tides and sea level would be at a constant level.

The blue halo around the earth gives a graphical representation of the tide level around the world and shows us that if the earth was a perfect sphere and only the earths own gravity had a pull on the tide then the sea level would remain constant around the world. If there was no moon and just the earth, there would be no gravity driven tides.

Around the UK coasts and other areas in the world the sea level and water depth is continually changing. Luckily we have a depth sounder or lead line on the vessel which can give us an accurate reading of water depth under the keeL. However we also need to be able to determine the depth of water ahead of the vessel to make sure we are not running into danger.

Although it had been theorised by the Babylonian astronomer Seleucus as early as 2nd BC that the moon affects the tides it was SIr Isaac Newton that was the first person to show that tides are caused by the gravitational pull of celestial objects. The gravitational effect of the sun is 176 times as strong as the moon but because is 389 times as far away as the moon its effect is much weaker.